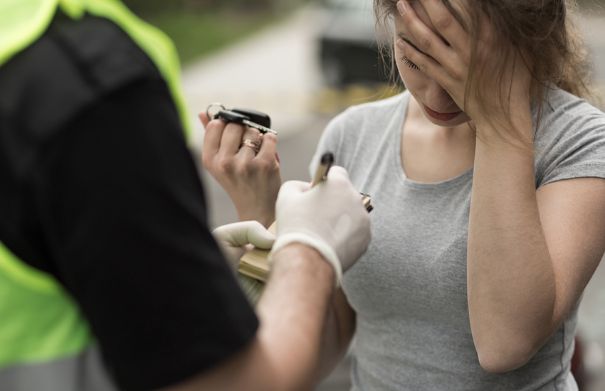 First of all, an Aggravated DUI is a felony offense and you should seek legal representation right away. If an individual receives a felony DUI or an Aggravated DUI felony conviction, he/she has a minimum probation of three to ten years and a minimum of four months in prison during which the individual is not allowed out for work or school during those four months. The individual essentially becomes a convicted felon.

What is Aggravated DUI?

An aggravated DUI is essentially a DUI with specific “aggravating influences” that occur at the time of the arrest. They are:  1) Driving with  a license that is suspended, revoked or restricted. 2) DUI with a child under 15 in the car. 3) Multiple DUIs within a certain period of time (vary by state).

In May of 2007, every state, including the District of Columbia, made it illegal to operate a motor vehicle with a blood alcohol content (BAC) of .08% or more. This is known as DUI “per se” and it has nothing to do with how intoxicated a driver may or may not be. On the other hand, a person can be arrested for DUI if their BAC is below .08% but showed signs of intoxication by failing a field sobriety test or committing a traffic offense.

The penalties for a DUI are serious because every state considers this a serious criminal offense. An aggravated DUI is even worse. This is when a person is found to be committing another offense in addition to driving under the influence of alcohol and/or drugs. As you can probably imagine, the penalties for an aggravated DUI are more severe than they are for a misdemeanor DUI.

During a traffic stop and DUI investigation, a police officer will request to see your driver’s license and insurance. If your license is revoked or suspended and/or you do not have proof of insurance, you may be charged with an aggravated DUI.

If you were involved in an accident and a person was injured, killed or you caused property damage, you could be charged with an aggravated DUI. The same is true if your BAC was found to be much higher than the legal limit (on average .15% or higher).

Also, transporting a minor under the influence of alcohol and/or drugs will result in an aggravated DUI charge. Check with your state’s specific laws regarding the age of minors as they vary from state to state.

In the event that you have at least two prior DUI convictions within a certain number of years (typically three to 12), you may be facing an aggravated DUI charge.

Situations That Enhance a DWI Charge

Three children, sleeping in the back of your car will immediately enhance your punishments if you’ve been drinking and driving. While this may seem like a bad dream, it happens – and the consequences are not pretty. The following are other circumstances that are the arch nemesis’ of drunk drivers:

Again, the punishments and specific laws very from state to state and county to county. But keep in mind, they are all severe.

DWI punishments vary from state to state and sometimes county to county, but they are all serious. Depending on your prior record and the specific nature of your case, these are just some of the D.U.I. penalties:

In most Aggravated DUI cases, the person convicted will be facing mandatory time in prison.