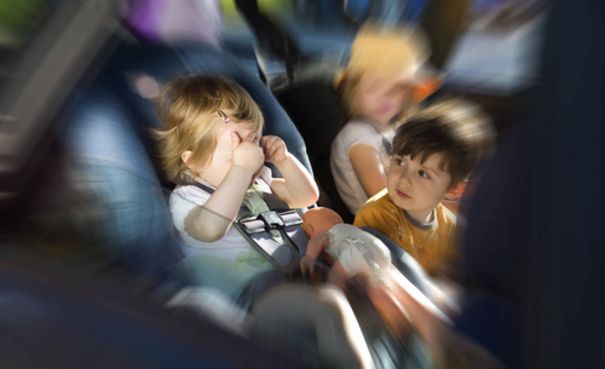 Each year in the United States, millions of people are arrested for DUI. For many of these drivers, they are law-abiding citizens who have never had a criminal record. Even though this may be the case, DUI is considered a very serious crime and the laws and penalties are strict. This is especially the case for anyone facing an aggravated DUI.

This type of DUI means that at least one other offense occurred and was discovered during a DUI investigation. Some of the offenses that may cause an aggravated DUI are having a high blood alcohol content, driving with a revoked or suspended license or speeding excessively. Another serious offense on this list is having a child in the vehicle at the time of the arrest.

What Constitutes A Child In Vehicle DUI Charge?

Every state considers it a serious offense to be caught transporting a minor in a vehicle while under the influence of alcohol and/or drugs. Although all states will impose enhanced penalties for transporting a minor while DUI, they do have their differences. For instance, one state may declare that a minor is anyone under the age of 16. Another, may deem a minor to be a child under the age of 12. In some states, you can be charged with an aggravated DUI even if no minors are in your vehicle, but you were caught traveling through a school zone. It’s important to check your state’s specific laws as they relate to minors.

Being Arrested on a DUI Charge

While DUI arrest laws are governed by individual states, it’s important to know that some basic facts about DUI arrest laws hold true regardless of the jurisdiction where the offense takes place. For instance, a person may be subject to a DUI arrest if they are found operating a vehicle with a blood alcohol concentration of 0.08 or greater. And most states actively enforce zero tolerance DUI arrest laws, which make it a crime for a minor to operate a motor vehicle under the influence of any amount of drugs or alcohol.

During a DUI arrest, the alleged offender is required by law to submit to the chemical testing of their breath, urine or blood. If this person who was driving refuses to submit to any of these tests they can face additional penalties in a DUI arrest. Sometimes, it is possible to choose the type of test you will receive. A person may also be subject to any number of field sobriety tests during a DUI arrest. If the person refuses to submit to these tests, depending on the particular state’s DUI laws, they may face tougher consequences.

What type of crime is a DUI? If you are arrested for a DUI, you can be charged under a misdemeanor or a felony crime-the latter being the worse of the two. If there was an accident and the drunk driver caused damage, the arrest is almost always charged as a felony and possibly go to jail.

Because DUI laws are constantly changing and can vary by location and by the circumstances involved in the DUI case, it is wise to seek the advice from a professional DUI attorney. There is a specialization in the field of law in which legal experts are trained specifically in DUI defense-and you need them on your side!

Situations That Enhance a D.U.I. Charge

Three children, sleeping in the back of your car will immediately enhance your punishments if you’ve been drinking and driving. While this may seem like a bad dream, it happens – and the consequences are not pretty. The following are other circumstances that are the arch nemesis’ of drunk drivers:

Again, the punishments and specific laws very from state to state and county to county. But keep in mind, they are all severe.